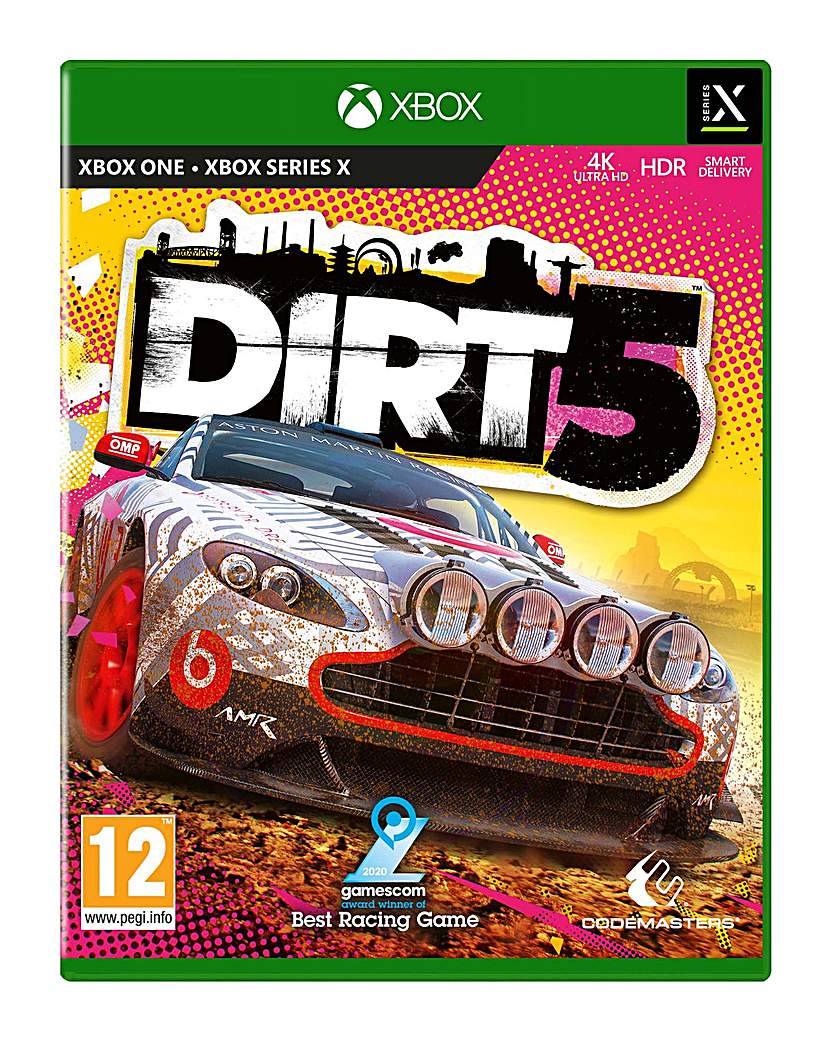 DIRT 5 Xbox Series X Xbox Series X Codemasters Racing PEGI-12 Whilst respecting the heritage and retaining the DNA of the franchise, DIRT 5 writes a new chapter in the legacy of DIRT bolder and braver than ever before. New features, new innovations and a fresh approach make DIRT 5 a hub of off-road racing, style and culture, where you can constantly create highlight-reel moments. 'Launching on Xbox Series X in 2020, DIRT 5 makes use of the groundbreaking technology coming to Xbox. Experience heightened graphical fidelity in an amplified world, with visual enhancements for next-gen including a 120fps mode for breath-taking gameplay. Get into the action faster than ever before with quicker loading times across all modes, meaning your next incredible racing moment is never far away. DIRT 5 also uses the Smart Delivery feature for Xbox Series X, meaning all players of DIRT 5 on the Xbox One family of devices receive access to the optimised next-gen version, free of charge, on Xbox Series X. Blaze a Trail Across the Globe - Take a trip around the world to and race on over 70+ unique routes across 10 different global locations in stunning environments complete with dynamic weather and time of day. From racing on the frozen East River in New York, to under the Christ the Redeemer in Bra