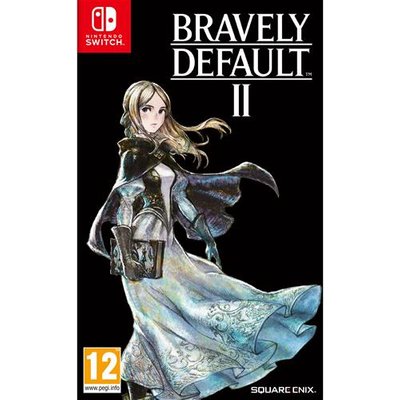 <b>Try it for free!</b>N/AA free demo of BRAVELY DEFAULT II is now available! Explore the desert kingdom of Savalon and defeat the Asterisk holders in order to claim the power of these mysterious objects for yourself!N/AN/AYou can download it from Nintendo eShop on your Nintendo Switch or via this page just sign in and press the Download demo button to get started!N/AN/A<b>Four heroes four crystals one legendary adventure!</b>N/AJoin the Heroes of Light on their grand quest to restore balance to the world in BRAVELY DEFAULT II for Nintendo Switch!N/AN/ALead your party on a journey through five kingdoms as you seek to return the Crystals to their rightful home. Use Asterisks to unlock jobs and abilities that will allow you to take on all manner of monsters and be sure to use the Brave and Default commands to manage the delicate balance of risk and reward!N/AN/A<b>Guided by the light</b>N/AThe world is in crisis. Floods rising temperatures nature gone out of control the theft of the Crystals threatens all living things. There is hope however in the form of the Heroes of Light: four fabled warriors who can bring the elements back into balance.N/AN/A<b>Preview Image</b>N/AFollow our protagonist Seth as well as his companions Gloria Elvis and Adelle as they travel across the vibrant land of Excillant. Harness their combined powers to defeat the fiends who stole the Crystals and quell the chaos that threatens to tear the realm asunder!N/AN/A<b>Battle your way</b>N/AWith its Brave and Default system BRAVELY DEFAULT II puts a unique twist on the turn-based RPG formula by allowing players to go all-in on attacks at the cost of future turns or adopt a defensive stance in order to bank turns for later use.N/AN/AA balance between playing it safe or adopting a riskier strategy must be struck in order to prevail against the huge variety of enemies youll encounter.N/AN/ACollect Asterisks magical artefacts that grant your party access to brand new jobs and customise your party to create the ultimate fighting team. Explore the luscious landscapes of Excillant chat with its quirky inhabitants and grow into a true band of heroes!N/AN/AStoryN/A<b>An Excillant adventure</b>N/AOur saga begins when a young sailor named Seth washes up on an unknown shore. He is rescued by Princess Gloria and her loyal retainer Sir Sloan who are on a quest to recover the Crystals and restore harmony to the world.N/AN/AUnsure about what has happened to him Seth partners up with the duo and the group is quickly joined by Elvis a brash yet lovable scholar and Adelle a cool-headed mercenary. With the Wind Crystal already in their possession these unlikely comrades set off in search of the rest of these priceless treasures.N/AN/AAs the world spins further out of control and dark forces seek to use the Crystals for their own nefarious ends who knows what adventures await our brave heroes...N/AN/A<b>World travellers</b>N/AOur heroes already have one Crystal in their possession but the other three have been stolen and are scattered around the world. Its up to Seth and the gang to recover them all. N/AN/A<b>Heroes parade</b>N/AFate brings four strangers from different backgrounds together to become Heroes of Light!