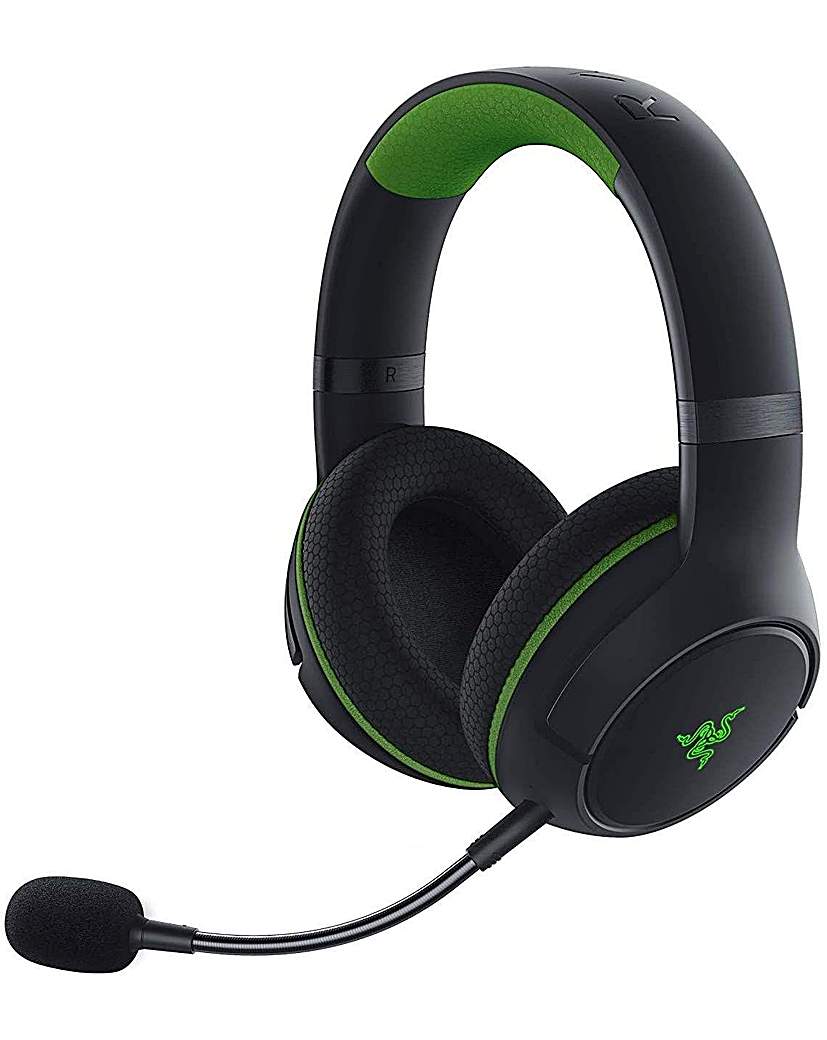 Razer Kaira Pro Headset Xbox One Xbox One Razer Enjoy cutting-edge audio performance that embraces the future of Xbox. Enter the Razer Kaira Pro, a wireless headset for Xbox Series X|S, Xbox One and mobile gaming. Fitted with our best drivers and headset mic, experience stellar sound and voice chat for unrivalled console and mobile gaming. The pickup pattern on this detachable 9.9mm mic has more noise rejection from the sides as compared to a cardioid mic, and provides a true recreation of your voice thanks to a sensitive low frequency response and an open microphone housing designed for minimal obstruction. To keep you in peak form during gaming marathons, our new breathable weave minimizes sweat and heat build-up generated by skin contact, while the ultra-soft foam's improved density greatly reduces the headset's clamping force. Hidden in this Xbox Series X|S wireless headset is a second mic that works without the Razer HyperClear Supercardioid Mic handy for when you need to talk while commuting, whether it's for mobile gaming or answering calls.