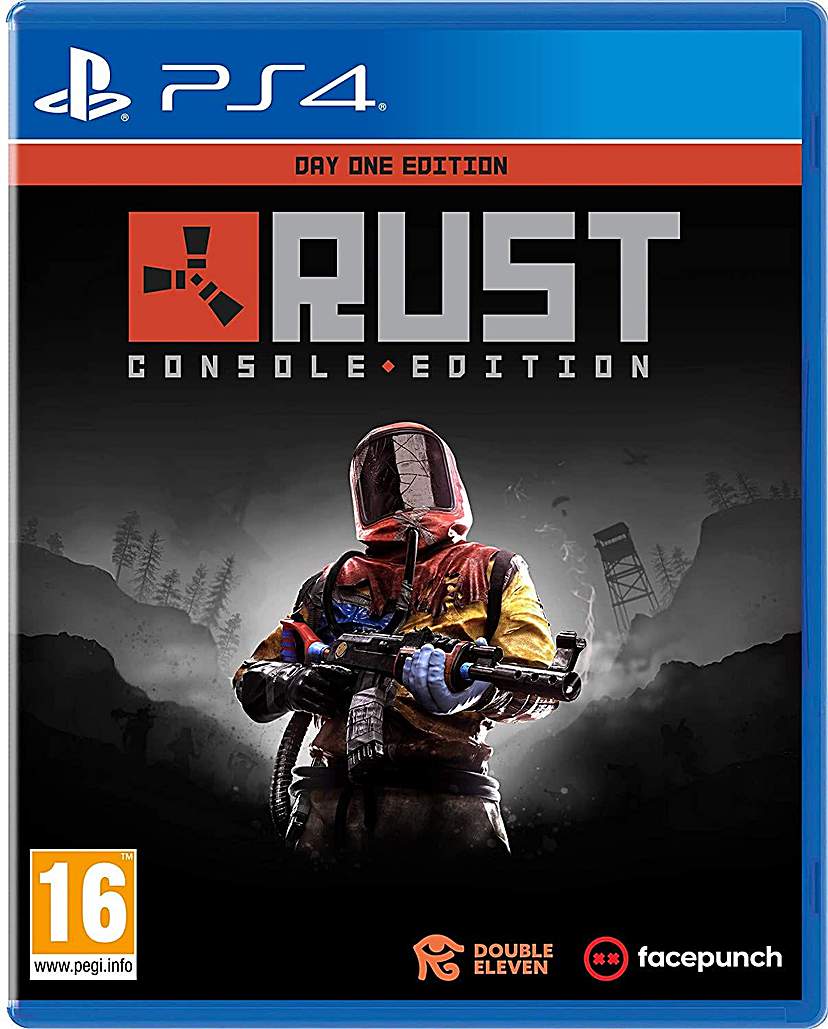 Rust Console Day One Edition PS4 PS4 Double Eleven Action/Adventure PEGI-16 Pre-Order - This item will be released on Fri 21st May 2021 In Rust, there is one goal above everything else: survive. Conquer thirst and hunger, battle the elements, create weapons and stay safe against hostile forces including other players, scientists, bears, wolves or even succumb to fire, drowning or radiation poisoning. In the struggle for survival and supremacy, players can build tiny cabins in the woods to huge scrap metal fortresses in an attempt to stay safe, as well as craft a variety of weapons, bombs and traps. A game without rules: Rust doesnt tell its inhabitants what to do. Players are free to be deceptive and aggressive with intense player vs. player combat, raiding and looting, but there is potentially even more to be earned with a team of friendly players by your side. EXPLORE: Explore a vast and mysterious post-apocalyptic island and figure out how to keep yourself alive. FIGHT: Intense PVE and PVP battles Befriend or fight other players, the choice is yours. SURVIVE: Conquer thirst and hunger, battle elements, craft gear and stay safe in a world where everything wants you dead.