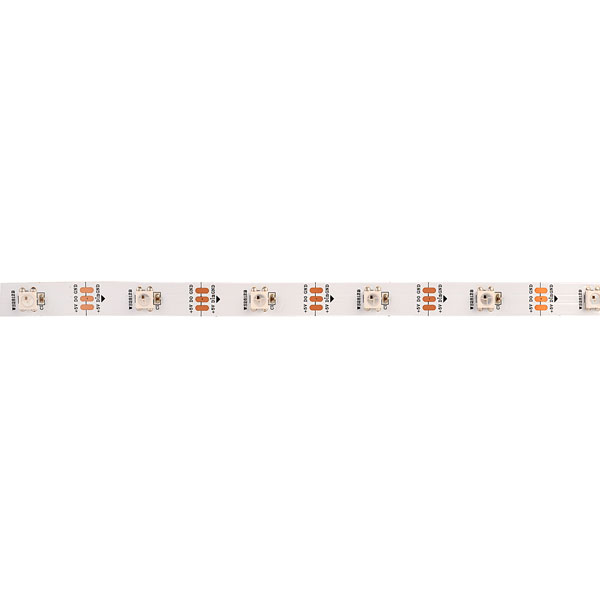 TruOpto Addressable RGB LED Strips - TruOpto TRU30PCS1M, This LED strip contains data addressable full colour RGB LEDs. Using an SBC or development board with a suitable LED driver it is possible to build a simple and scalable light project that can achieve stunning effects, such as chasing, scanning and running water effects.When choosing an SBC or development board it should be noted that the input data line has very specific timing requirements. The LED strip requires the use of a real-time microcontroller such as an AVR, Arduino, or PIC type device. Linux based single board computers such as the Raspberry Pi will not work without additional RTC hardware.Each of the LEDs contains an integrated WS2812B constant current driver that can achieve 256 levels of brightness and up to 16.7m colours. The LEDs require an external power supply, with each LED using 60mA if the red, green and blue components are all on maximum brightness.As a way to quickly get up and running, Adafruit have a very handy library that can be used (Adafruit call them NeoPixels, but they share the same WS2812B driver ICs). TruOpto 1m Addressable RGB LED Strip WS2812B 30pcs per Meter