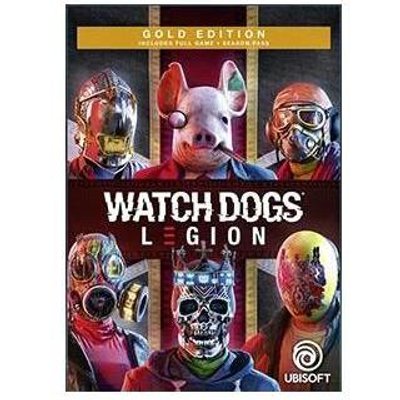 <b>WELCOME TO THE RESISTANCE</b><br /><b>Build a Resistance to Fight Back.</b><br />London's facing its downfall courtesy of state surveillance private military AI cults and the mafia. Recruit a well-rounded resistance to overthrow the wankers ruining this once-great city. The fate of London lies with you.<br /><br /><b>Take Back London</b><br /><b>Show the City What You've Got.</b><br />Explore a massive urban open world and visit Londons many famous landmarks including Trafalgar Square Big Ben Tower Bridge Camden Piccadilly Circus or the London Eye.<br /><br /><b>Play your way</b><br /><b>Fight for the Future.</b><br />A brand-new melee system and a wide range of weapons and abilities means that the way you approach combat has real consequences. If you use non-lethal force the enemy will attempt to subdue and arrest you. If you shoot to kill you risk having your characters permanently killed.<br /><br /><b>Get the Gang Together</b><br /><b>Bring Your Friends Into the Mess.</b><br />Giving London back to the people doesn't have to be some heroic solo jaunt ya know. Bring the fight online to join forces with up to three friends as you take on entirely new co-op missions and challenging end-game content.<br /><br /><b>The Powers That Be</b><br /><b>These are the forces at play in this near-future London.</b><br />When London fell apart opportunists knew where to be to catch the important pieces. They're in charge and its up to you to make sure that position is only temporary.<br /><br />Receive three-day early access and the Season Pass with the Gold Edition including five new stories four iconic heroes with unique abilities and immediate access to one story!